DeMille moved ahead of his contemporaries to streamline the production process by handing the uncompleted scenario to a painter who could visualize the scenes described in it. The resulting “concept art” was neither a wardrobe sketch nor a set rendering, yet included aspects of costume design, art direction, and lighting. Thus DeMille could communicate to all the departments in his studio precisely how he wanted a scene to look.

In 1925 DeMille hired the Polish-born Grot from Douglas Fairbanks’s company, where he had distinguished himself as associate art director on Robin Hood (1922) and The Thief of Bagdad (1924). He later became the head art director at Warner Bros., designing films such as Gold Diggers of 1933, The Sea Hawk, and Mildred Pierce. 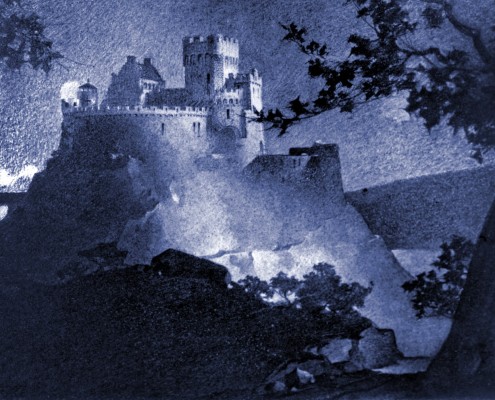 No artist worked as long, did as many films, or had as renowned a career as a fine artist as Dan Sayre Groesbeck. He started with DeMille at the Culver City studio in 1925, and worked off and on with him through Samson and Delilah (1949). Groesbeck’s other achievements included special advertising art for Irving Thalberg’s prestigious Romeo and Juliet (1936) and murals for the Santa Barbara County Courthouse. 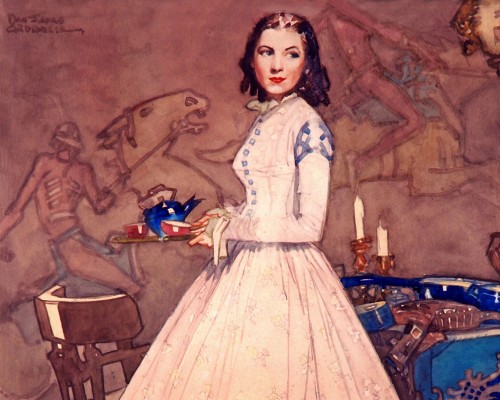 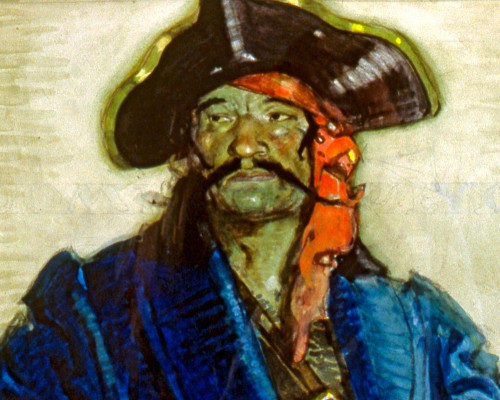 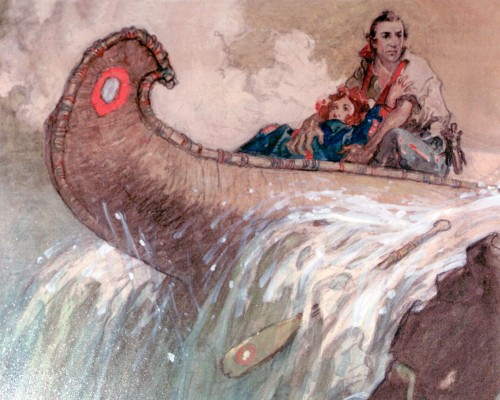 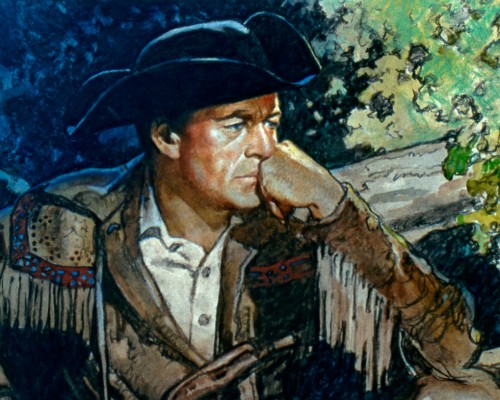 The set designs prepared by Hans Dreier and Roland Anderson for Cleopatra (1934) were translated to gouache paintings or watercolor by Boris Leven, a Moscow-born artist who had been a sketch artist at Paramount since 1933. Leven’s career as an art director included The Shanghai Gesture, West Side Story, and The Sound of Music. 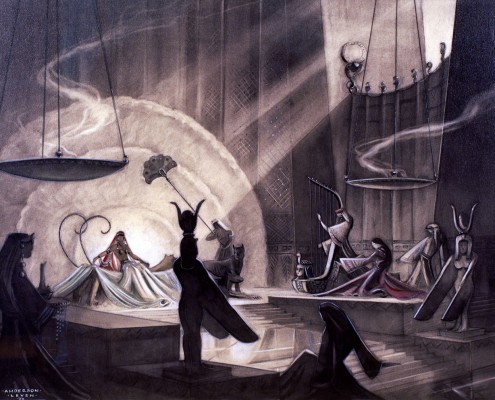 A concept sketch made by Boris Leven for Cleopatra (1934) 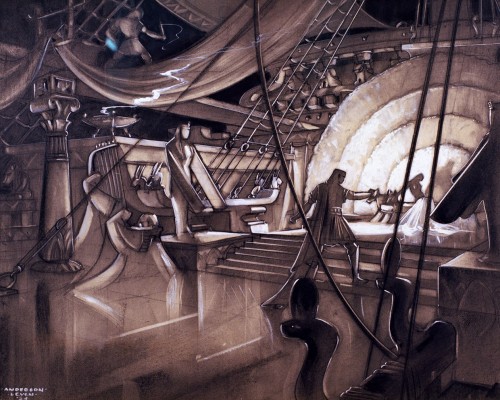 DeMille hired Miles after the artist had worked as an uncredited set designer on The King of Kings (1927) and as art director for Erich von Stroheim on the ill-fated Queen Kelly. Miles stayed only from The Sign of the Cross (1932) through The Crusades (1935). After his DeMille projects, he worked for Walt Disney and also taught at the Otis Art Institute and the Chouinard School of Art. 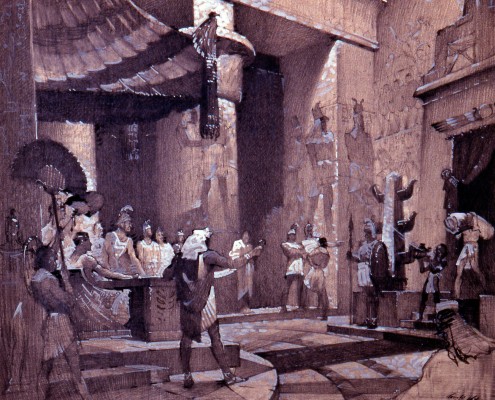 A concept sketch made by Harold Miles for Cleopatra (1934) 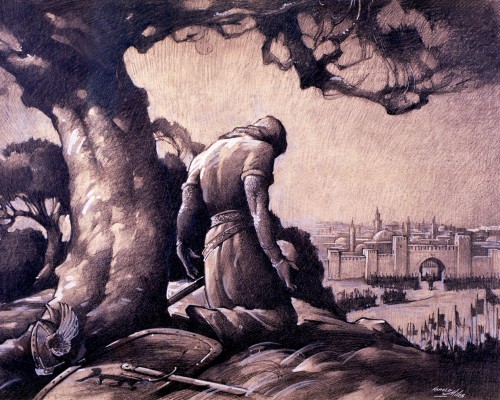 DeMille hired the Missouri-born De Yong because he specialized in Western subjects. De Yong had lost his hearing at twenty-one due to spinal meningitis but learned sign language from American Indians during the ten years he worked with Charles Russell in Montana. De Yong became expert in Native American imagery, and, after working as an extra in Western films, including those of Will Rogers, he became a historical consultant for the studios. 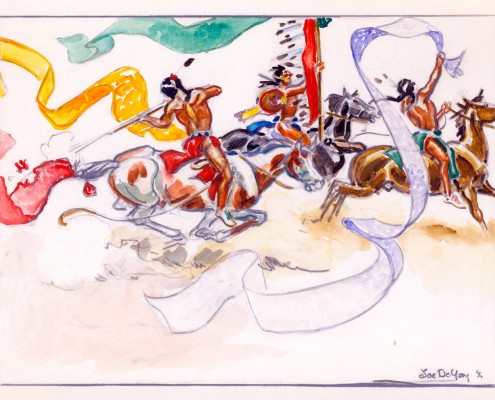 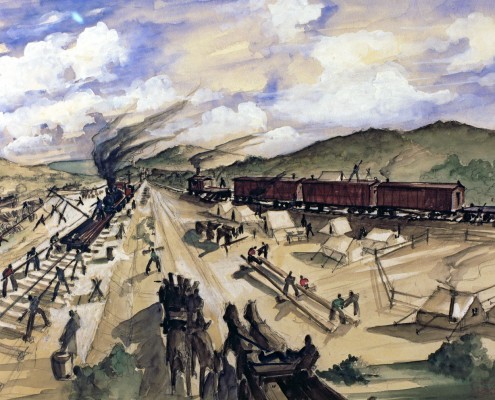 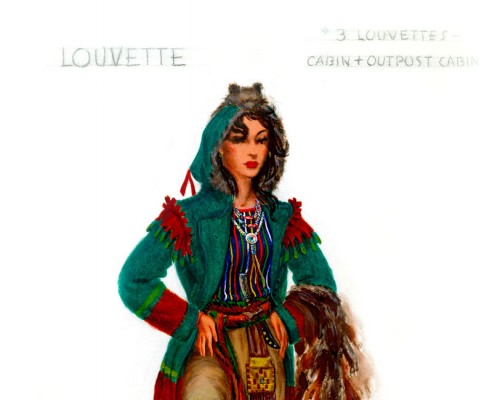 DeMille sometimes gave his artists overlapping duties. Thus, when John Jensen came to replace the ailing Dan Groesbeck in 1950, he was assigned both costumes and scenes. 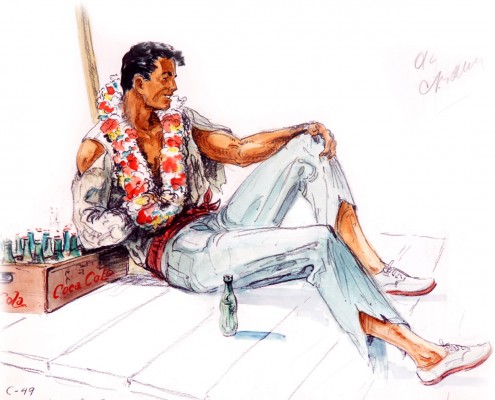 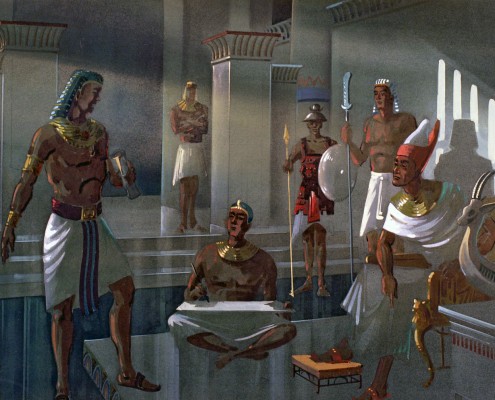