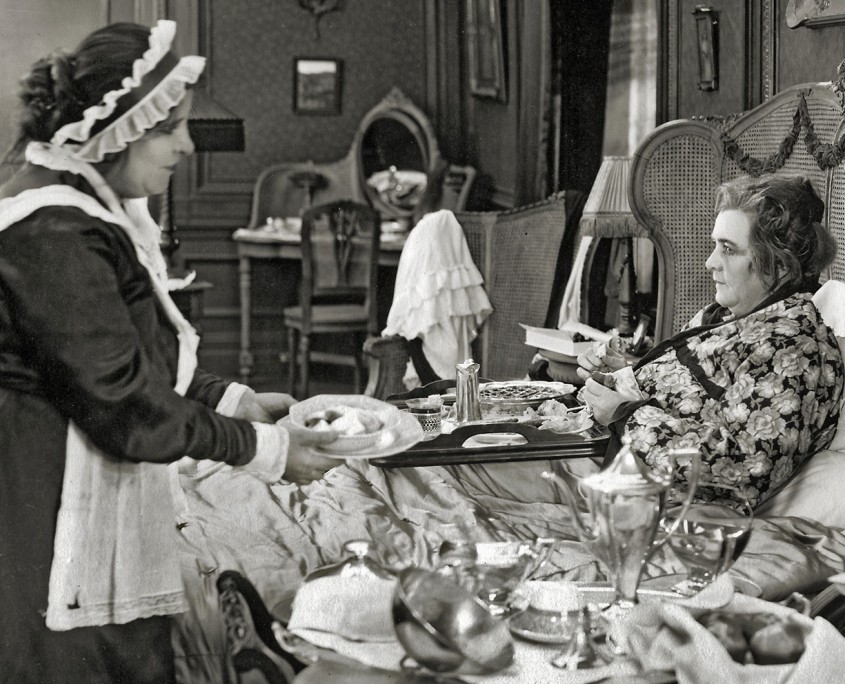 Lillian Leighton and Sylvia Ashton in Old Wives for New

Studio: An Artcraft Picture
Distributed by Paramount Pictures
Released: May 19, 1918

A slovenly middle-aged wife drives her husband to another woman.

“There are somewhat risqué situations in Old Wives for New, but these have been handled delicately. It is not a story that children will understand, and it is one that the prudes will consider a reflection on themselves.”

“Sylvia Ashton was wonderfully disgusting. Not every actress would play the part as realistically as she did.”

Old Wives for New cost $66,241.31 and grossed $286,504.11.
(These figures have not been adjusted for inflation nor do they include the considerable profits realized from reissues, television syndication, and home entertainment formats.)

We Can’t Have Everything
Scroll to top