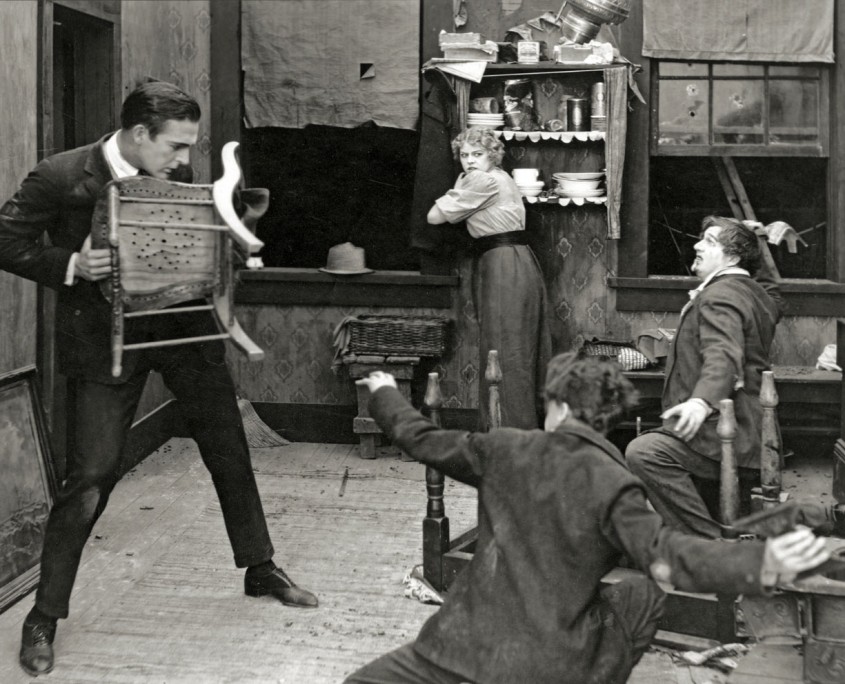 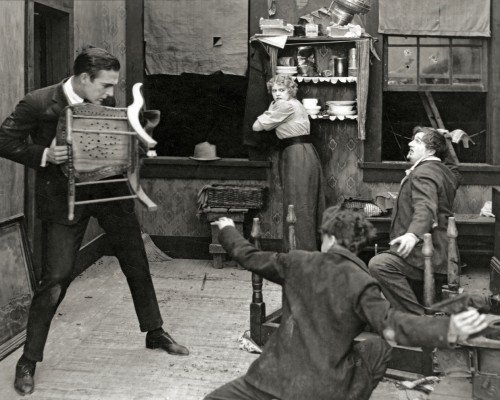 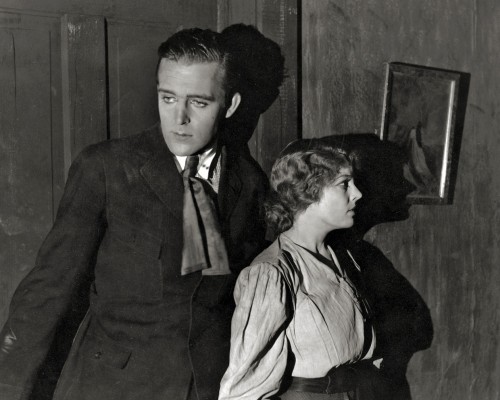 While a woman works as a seamstress in a rich home, her abusive husband plans to rob it.

“Never before have the lighting effects been used to such marvelous advantage. The highly critical spectators who saw the first display of the film were betrayed into loud approval by the many and novel effects. If paintings in a Rembrandt gallery or a set of Titians and Tintorettos were mysteriously transferred to the moving picture screen, the effect could not have been more startling.”

“The master hand of Cecil B. DeMille is evident throughout the whole picture. His is the bigness of vision that can see and appreciate the value and importance of little things, and it is the attention to seemingly inconsequential details that makes The Golden Chance a big, gripping, human picture.”

“C. B. with his usual audacity determined to direct both pictures at once, with two entirely separate production units. This he did by shooting The Cheat by day and The Golden Chance by night, a feat unique in motion-picture history. He finished both pictures on time and both were outstanding hits of that year.”

The Golden Chance cost $18,710.81 and grossed $83,504.03.
(These figures have not been adjusted for inflation nor do they include the considerable profits realized from reissues, television syndication, and home entertainment formats.)

The Trail of the Lonesome Pine
Scroll to top