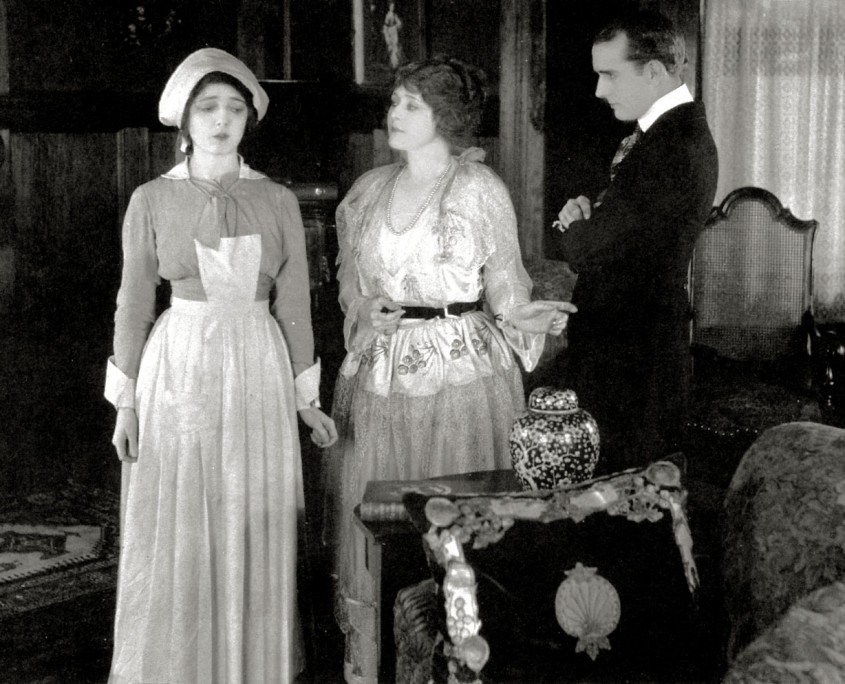 Marie Doro, Lola May, and Ernest Joy in The Heart of Nora Flynn 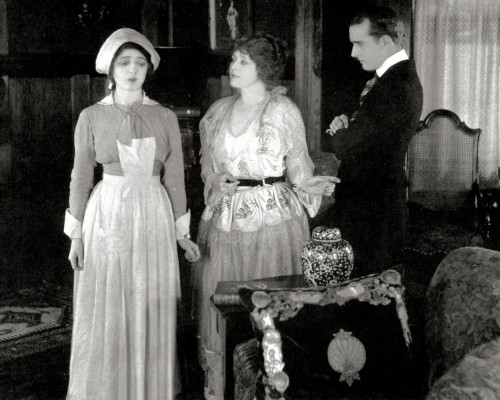 When a nursemaid covers up her employer’s infidelity, a jealous chauffeur creates a scandal.

“Hector Turnbull has written a good strong story, and the picture was staged in the usual DeMille manner, with the right kind of settings and exceedingly beautiful photographic and lighting effects.”

“The Heart of Nora Flynn was praised particularly for its lighting effects. ‘An automobile charging along a dark street, with only the lights and the reflection of the street lamps on the pavement visible’ seems commonplace now, but it was deemed worthy of special mention in The Motion Picture News at the time.”

The Heart of Nora Flynn cost $21,998.57 and grossed $87,738.27.
(These figures have not been adjusted for inflation nor do they include the considerable profits realized from reissues, television syndication, and home entertainment formats.)

Silent Features
The Trail of the Lonesome Pine