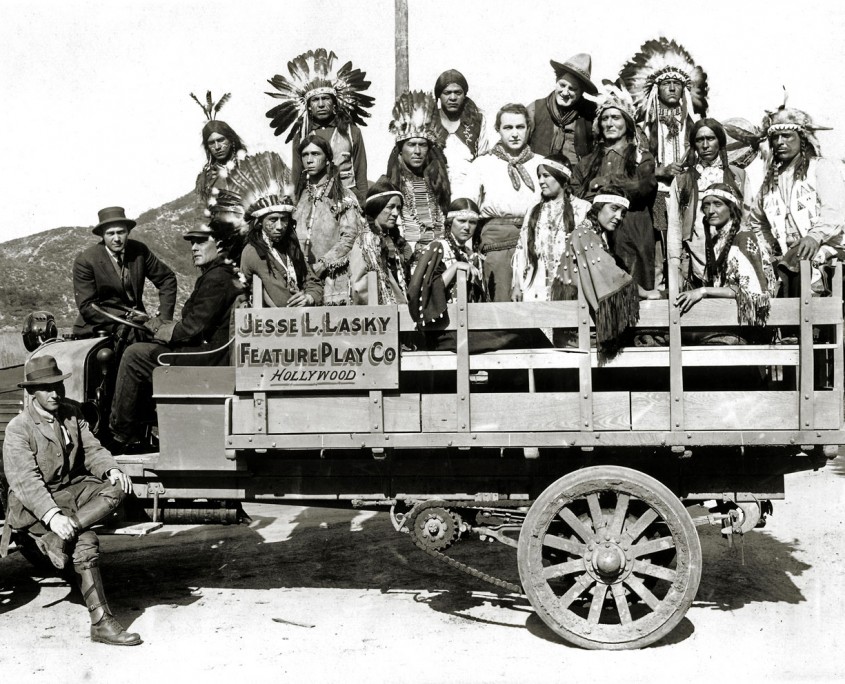 Cecil B. DeMille and the cast of The Squaw Man on location at Oak Creek Park, which is now Forest Lawn Cemetery in Burbank 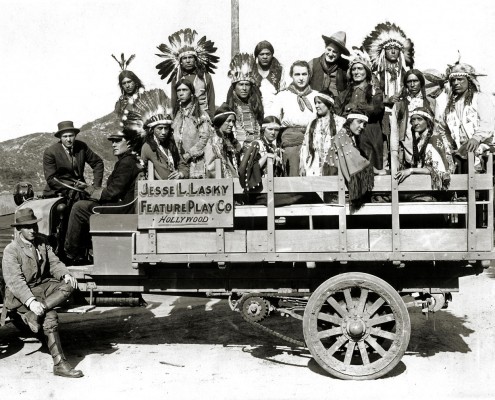 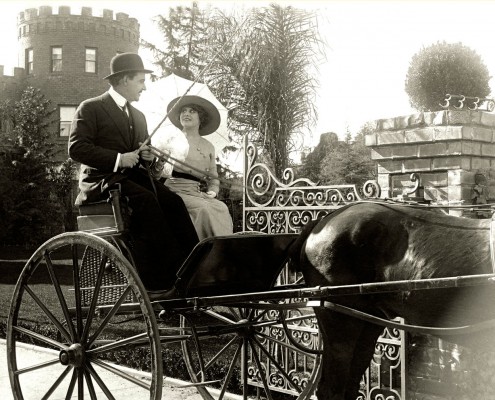 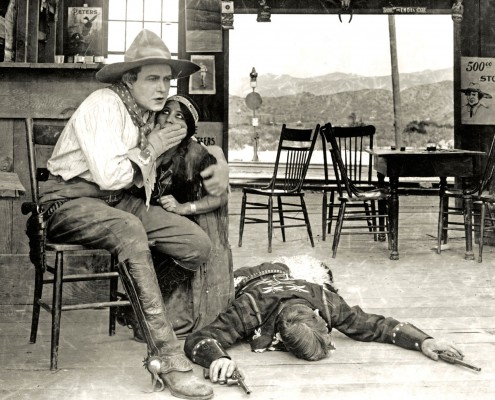 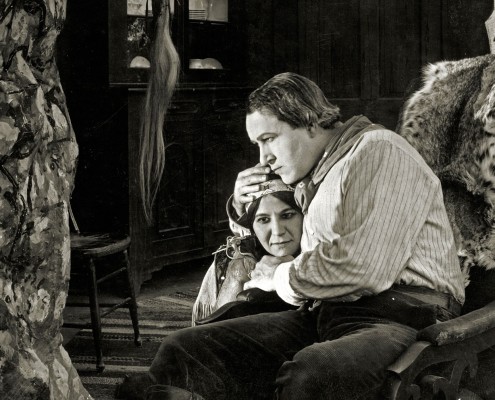 After taking the blame for his cousin’s embezzlement, a British nobleman becomes a rancher in America.

“Tuesday several hundred persons saw the first production of the Jesse L. Lasky Feature Play Company, a six-part version of The Squaw Man at the Longacre Theatre. Everybody was much pleased with the picture. As the first production of a new company, it augurs well. Dustin Farnum is a regular screen leading-man now, all right. But the point is that the vehicle is there. The Squaw Man will be liked.”

“One of the best of all the reproductions in pictures of successful dramas is the Jesse L. Lasky Feature Play Company’s filming of Edwin Milton Royle’s The Squaw Man in six reels and 264 scenes. It was shown for the private-invitation performance at the Longacre Tuesday morning before an audience that looked like a ‘first night’ of some legitimate show. Special music was rendered by a full orchestra. It was unfortunate that the exhibition was not made in a regularly equipped picture house. A makeshift projection machine with sprocket holes constantly obtruding themselves, reinforced by a cracked condenser, did not contribute to otherwise good effect. Nor did the sheet, a piece of muslin. In spite of these handicaps, this feature film may be set down as a genuine ‘masterpiece’ in moving-picture production.”

“We were charting a new course in American motion picture production. The future lay in ‘feature plays,’ pictures several reels long, telling a well-constructed story, well acted, and intended as ‘feature’ attractions which could stand on their own merits as a real and new form of the drama.”

The Squaw Man cost $15,450.25 and grossed $244,700.00.
(These figures have not been adjusted for inflation nor do they include the considerable profits realized from reissues, television syndication, and home entertainment formats.)

The Virginian
Scroll to top