Dustin Farnum and Winifred Kingston in The Virginian 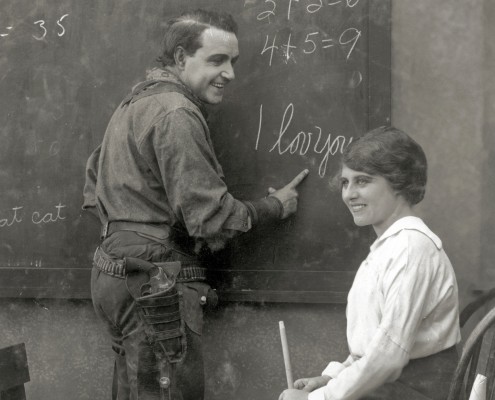 A cheerful cowboy must defend himself against a town bully.

“The Virginian will be the first Lasky release through the Paramount Pictures Corporation.”

“Drama, comedy, and photographic spectacle are the triple alliance met in the picturization of Owen Wister’s story. They win out very easily. The strength of the dramatic and spectacular elements is to be expected; but comedy is a less familiar attribute of virile tales of the West.”

“With a story based on a best-selling novel and successful play, starring the play’s leading man, we knew that we had in The Virginian a property which would add to the company’s luster. But we held it back until September, releasing first, in August, what was really my second picture, The Call of the North.”

The Virginian cost $17,022.06 and grossed $111,518.85
(These figures have not been adjusted for inflation nor do they include the considerable profits realized from reissues, television syndication, and home entertainment formats.)

The Call of the North
Scroll to top