Silent Feature: The Call of the North 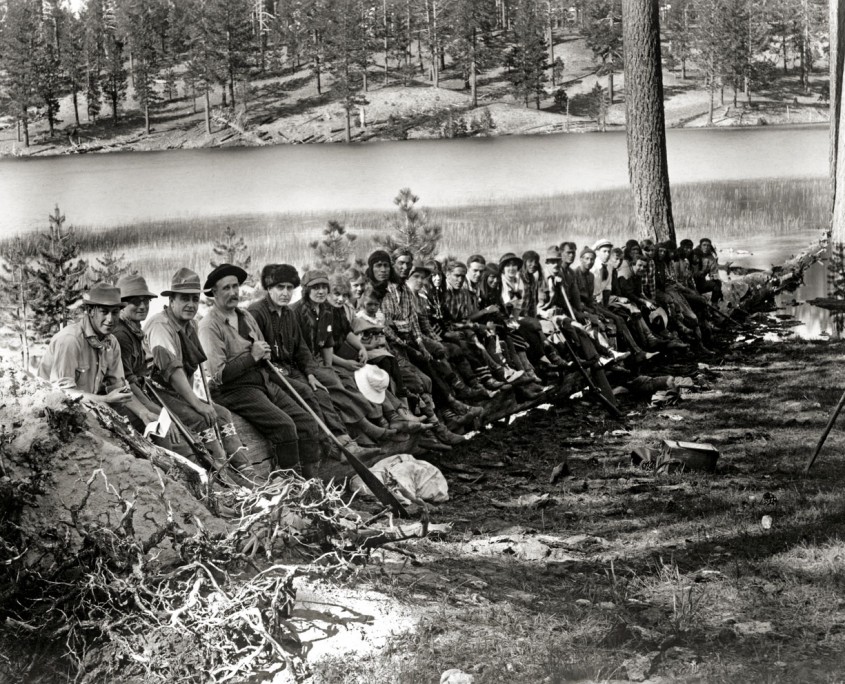 DeMille, cast, and crew on location for The Call of the North in Bear Valley, California 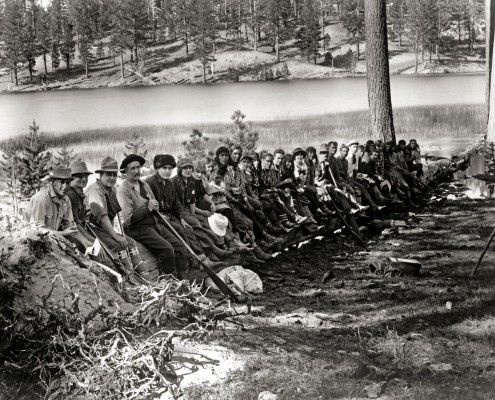 A jealous man tries to destroy two generations of a family.

“The Call of the North is the latest and beyond question the best of the Lasky photoplays produced under the direction of Cecil B. DeMille and Oscar C. Apfel. In fact, one may glance through the full list of American-made pictures and find no names that stand for higher accomplishment, and few—very few—that signify anything half so satisfying in the nature of a film interpretation of a novel.”

“Drama, comedy, and photographic spectacle are the triple alliance met in the picturization of Owen Wister’s story. They win out very easily. The strength of the dramatic and spectacular elements is to be expected; but comedy is a less familiar attribute of virile tales of the West.”

“The Call of the North is memorable today perhaps only because it marked the first screen appearance of Robert Edeson and Theodore Roberts, two of the more established actors in the legitimate theater to succumb to the lure of films.”

The Call of the North cost $16,540.52 and grossed $52,284.48.
(These figures have not been adjusted for inflation nor do they include the considerable profits realized from reissues, television syndication, and home entertainment formats.)

What’s His Name
Scroll to top