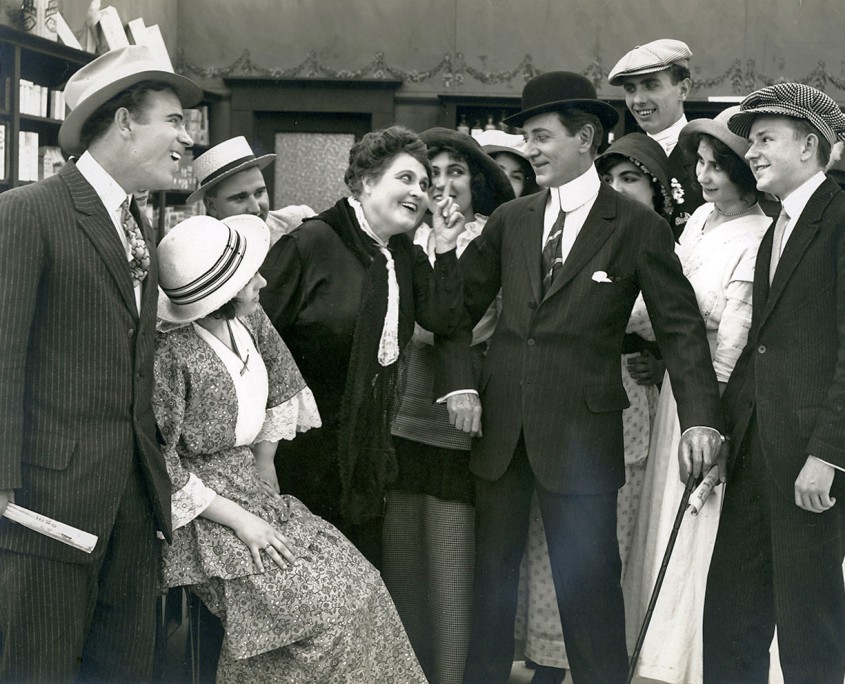 Max Figman and players in What’s His Name 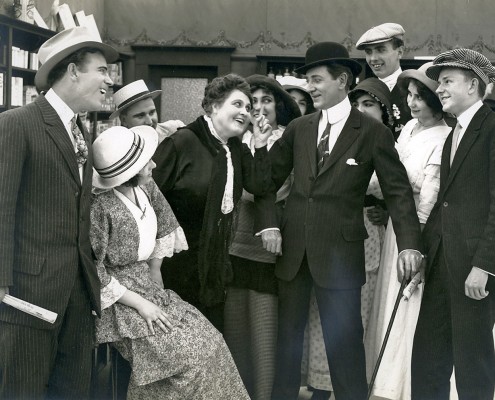 After a banker’s daughter marries a soda jerk, she becomes a Broadway star and neglects him.

“The scope of the photoplay is so much wider than that of the legitimate drama: we DO things instead of acting them. When a big effect is necessary, such as the burning of a ship, the blowing up of a mine, the wrecking of a train, we do not have to trick the effect with lights and scenery. We DO it.”

“The scenes in a theatre, of which there are many, are presented with much convincing detail to show the bloomer-clad chorus girls being drilled into unity of action. A Los Angeles theatre was used in obtaining realistic effects that would have been difficult to duplicate in a motion picture studio.”

What’s His Name cost $12,233.97 and grossed $61,560.19.
(These figures have not been adjusted for inflation nor do they include the considerable profits realized from reissues, television syndication, and home entertainment formats.)

Silent Features
The Call of the North

The Man from Home
Scroll to top