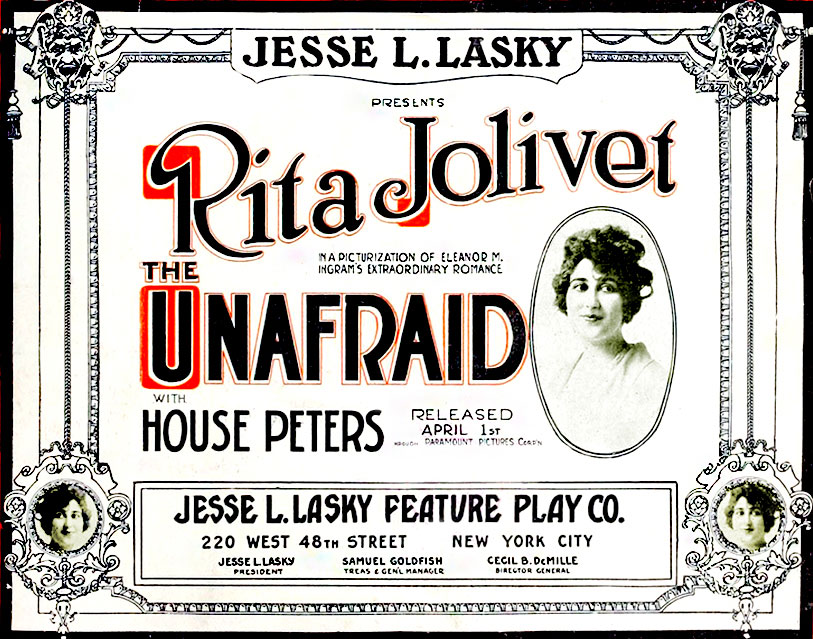 Advertising Art for The Unafraid 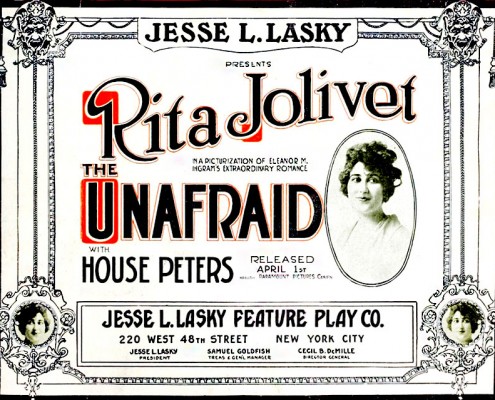 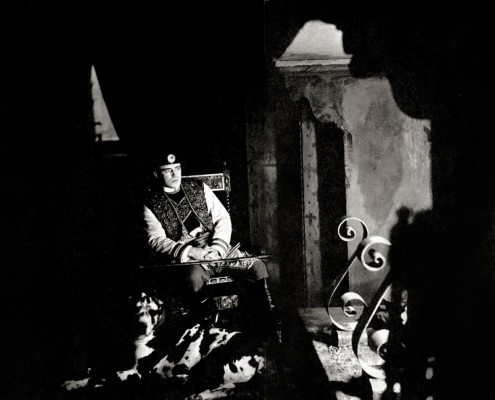 When an American heiress is kidnapped during a trip to Montenegro, she finds sympathy for her captor.

“In picturizing a play or adapting a novel, the Lasky company is almost certain of logic, sequence, and—wherein lies the real art—drama. For it has Cecil DeMille, who is more than a director. He is a film architect.”

The Unafraid cost $14,226. 50 and grossed $63,944.02.
(These figures have not been adjusted for inflation nor do they include the considerable profits realized from reissues, television syndication, and home entertainment formats.)

Silent Features
The Warrens of Virginia

The Captive
Scroll to top