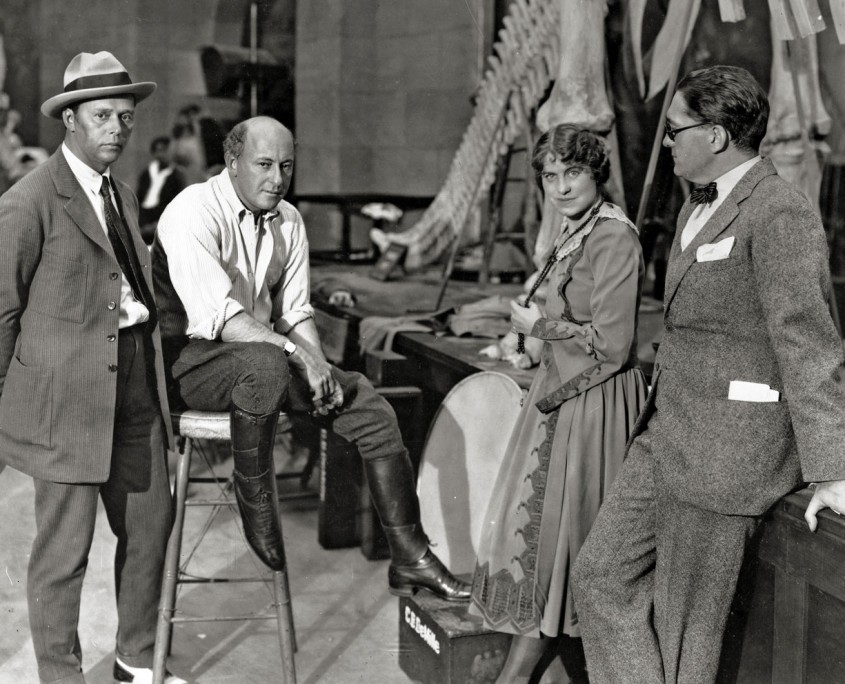 Theodore Kosloff, Cecil B. DeMille, Jeanie Macpherson, and Paul Iribe on the set of Adam’s Rib 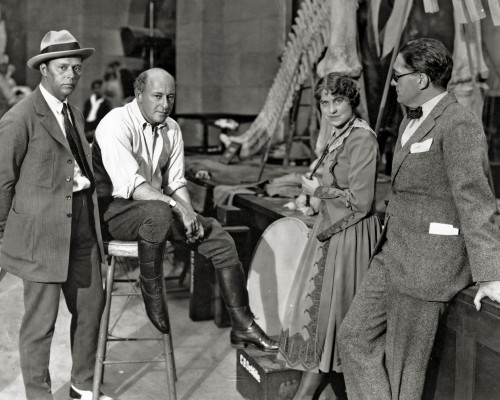 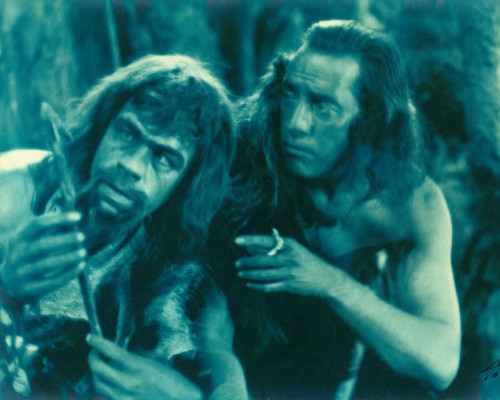 A girl called a “flapper” learns that young women in olden days had the same problems as she.

“Cecil B. DeMille continues to be nothing if not popular and I venture to say that in this picture he will be nothing if not entertaining. Even if you’re a flapper, you’ll think it great. The theme is a brief for the girl of today and her dizzy eccentricities. I thought the DeMille flapper was great, perhaps because she’s a superflapper.”

“Everybody should see this. Perfect acting. Perfect production. Even the cornstalk boys, fresh from the acres, say it’s the best show ever brought to town.”

“The 1920s were the era of, among other phenomena, the flapper. With her bobbed hair, her short skirts and her preference for the athletic Charleston over the sedate waltz, she became as much an obsession to the pointers-with-alarm as Hollywood itself. I decided to come to the defense of the flapper. The flashback to prehistoric times enabled her to show that bare legs, short skirts, and feminine resourcefulness were nothing new.”

Adam’s Rib cost $408,432.64 and grossed $881,206.75.
(These figures have not been adjusted for inflation nor do they include the considerable profits realized from reissues, television syndication, and home entertainment formats.)

The Ten Commandments
Scroll to top