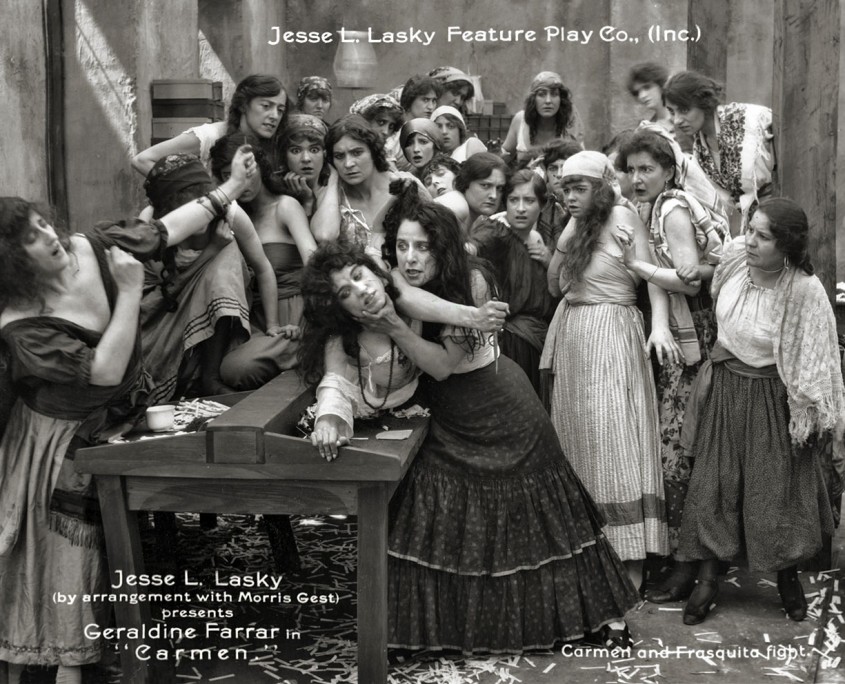 Jeanie Macpherson and Geraldine Farrar in a scene from Carmen 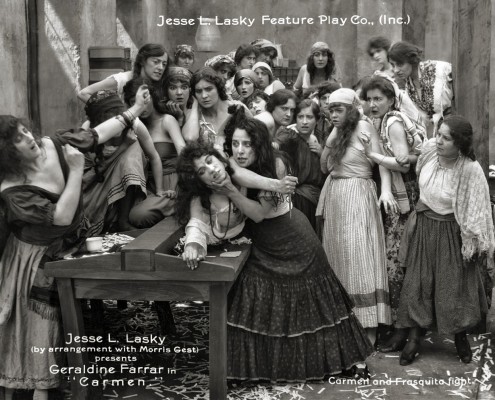 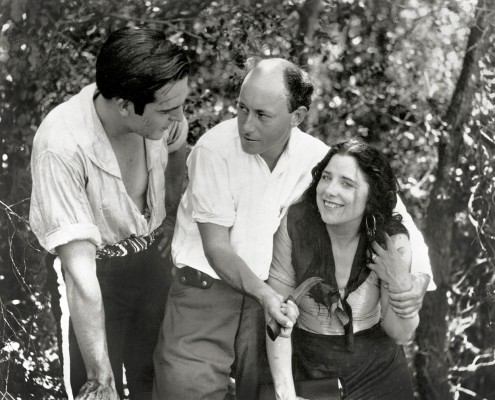 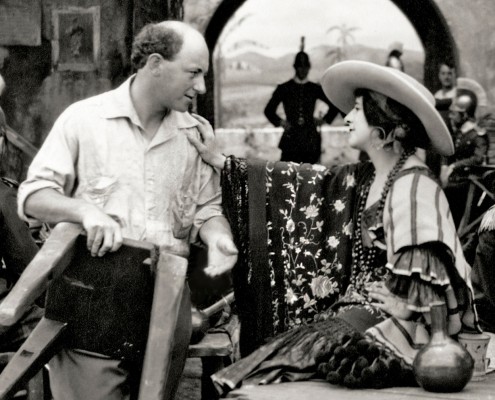 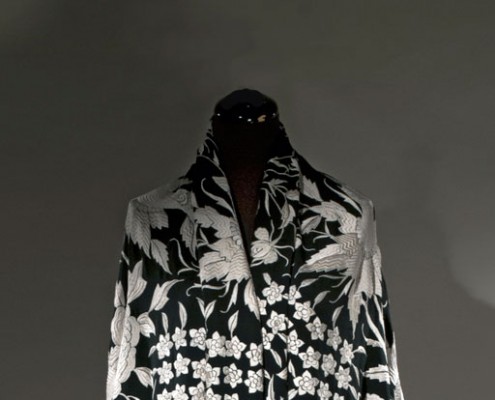 A Gypsy girl working in a cigarette factory ruins the men she entices.

“The filming of Carmen with Geraldine Farrar, the noted grand opera prima donna, was taken up this week at the Lasky studio. A great many of the scenes will be completed at the grand ranch in San Fernando Valley. The bullfight scenes will be made at the Los Angeles stadium.”

“Carmen is a picture of finesse, encompassing the sincere efforts of a great player—even to the point of a very rough treatment accorded the expensive person of a prima donna—and of a great director. It is not a Sunday School play, this picture of the classic heart bandit. There’s a plentiful showing of emotions as they are, but it is done without the wearisome tediousness of directors less artistic than Cecil DeMille.”

“My biggest fighting moment was a vigorous quarrel in the tobacco factory where the amiable Jeanie Macpherson, Mr. DeMille’s right-hand scenarist and an actress of no mean ability, loaned herself to my assault in a battle that made screen history.”

Carmen cost $23,429.97 and grossed $147,599.81.
(These figures have not been adjusted for inflation nor do they include the considerable profits realized from reissues, television syndication, and home entertainment formats.)