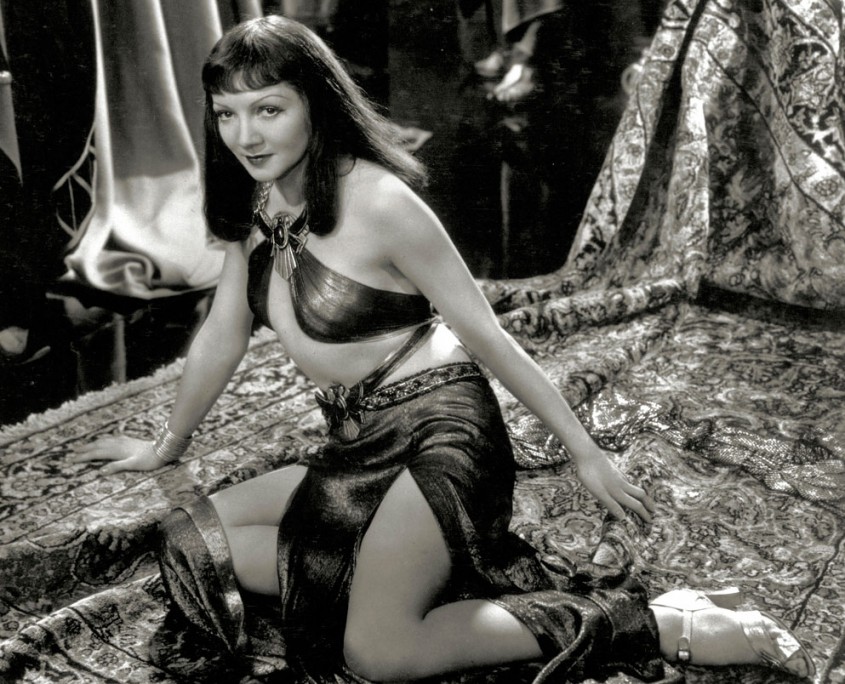 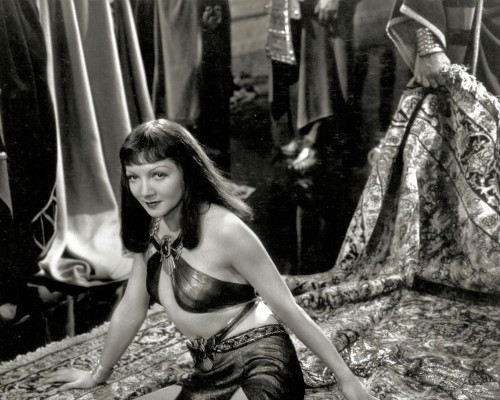 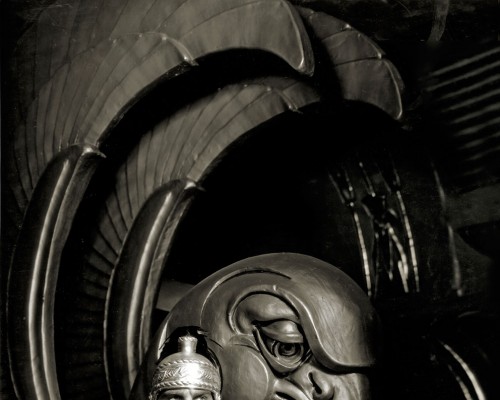 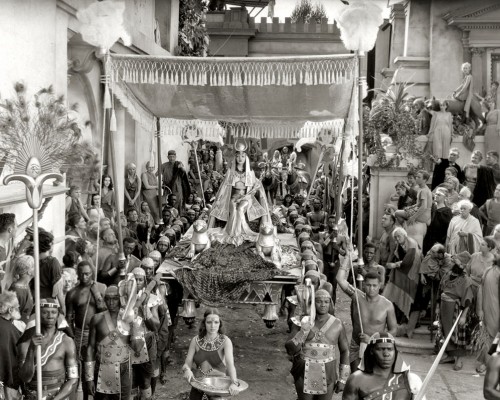 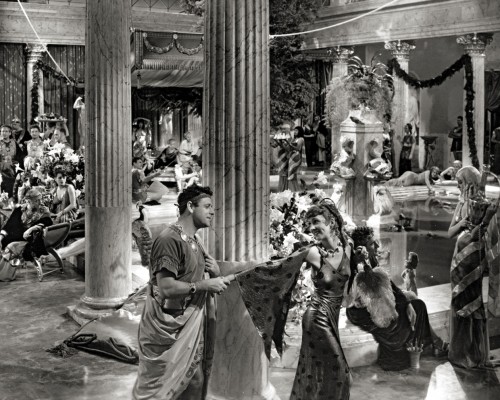 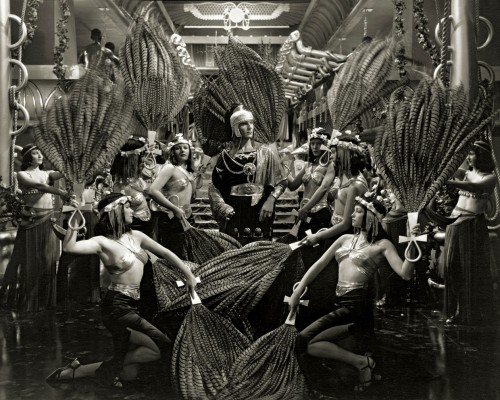 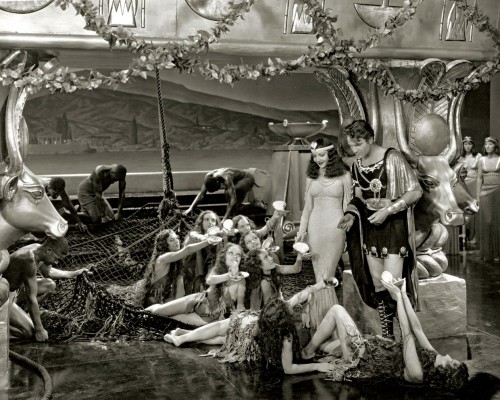 The queen of Egypt resolves to save her throne by beguiling Roman rulers.

“It was a hot, a blistering hot day. On a raised platform high above a mob of five hundred people was Director DeMille. Below him were men in leather pants laced up the sides, and in sandals—and nothing else. There were ladies of the street in flimsy Roman rags that I doubt would be permitted on Main Street today without arrest. Horses with leopard-skin saddles and peacocks fanning huge white tails were about. Somewhere in the distance I heard the rumbling roar of a leopard. The whole scene was colorful, spectacular.”
– Muriel Babcock, Los Angeles Examiner, April 8, 1934

“For some unknown reason, those critics who are striking at Hollywood seem to blame the screen for creating sex. Motion pictures cannot be made without sex. Take it away from films and you take away their very life. They must have normal sex. As I remember, this sex business started in the Garden of Eden with the act of Jehovah when he provided the apple. To blame all that on motion pictures is slightly unfair, and to blame the beauty of a woman’s body, which neither I nor Mr. Ernst Lubitsch would have the brains to create, is sheer nonsense.”

“Cleopatra reveals Mr. De Mille in an emphatically lavish, but nevertheless a relatively restrained mood. He may not neglect to dwell upon Cleopatra’s amorous behavior and has evidently preferred that she does not overdress. But, even so, the scenes wherein she is beheld are less blatant than those he has depicted of other sorceresses in previous films. Claudette Colbert, the Poppaea of The Sign of the Cross, is entrusted with the part of Cleopatra. She wears a dark wig and looks even more attractive than usual.”

“This drew the best Monday night crowd in several months. Did extra advertising and it paid. You can’t go wrong booking this. Had many good comments.”

“It was quite difficult to be rolled into a rug and breathe and come out looking pleased with yourself. We only had to do that scene once. Warren William, who played Julius Caesar, raised wire-haired fox terriers. DeMille frightened him. But then, DeMille frightened almost all his actors. I could say no to him.”

Cleopatra cost $842,908.17 and grossed $1,929,161.10.
(These figures have not been adjusted for inflation nor do they include the considerable profits realized from reissues, television syndication, and home entertainment formats.)

The Crusades
Scroll to top