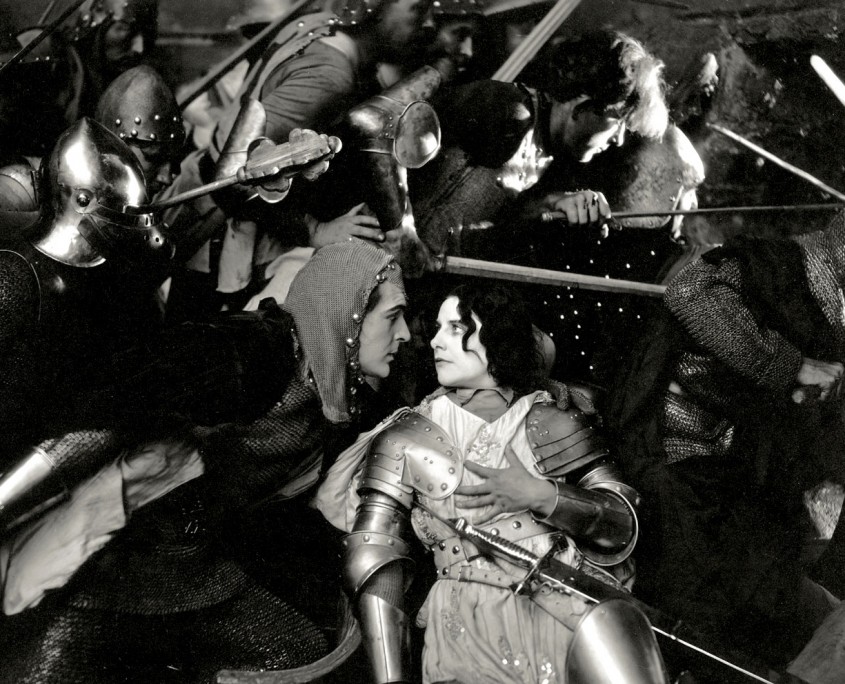 Wallace Reid and Geraldine Farrar in Joan the Woman 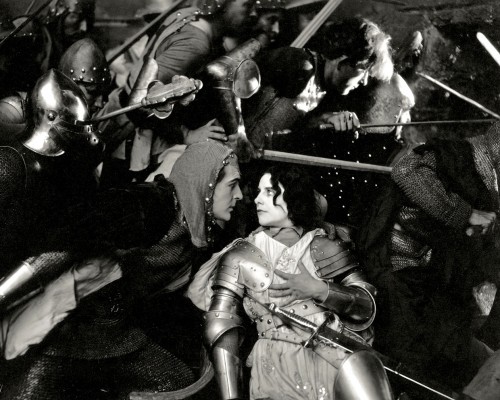 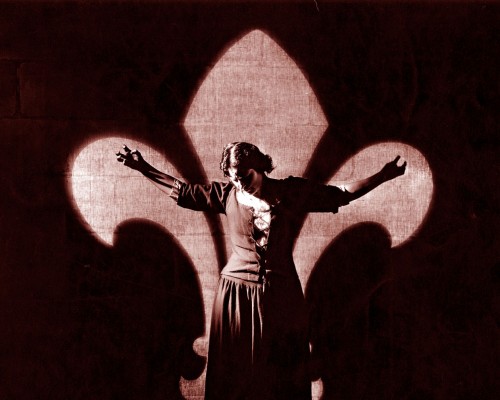 Facing death in a Great War trench, a soldier is transported to the epoch in which he knew Joan of Arc.

“Director General Cecil B. DeMille for the past few weeks has been working day and night, writing as well as directing. He is in personal charge of the grand Geraldine Farrar feature which is now being filmed.”

“It is impossible to describe in detail what producer DeMille accomplished with such a wealth of material. Suffice it to say that no one else could have done more and few, if any, could have done as much.”

“Joan the Woman is a triumph for Geraldine Farrar but equally for Cecil DeMille. Through his long picture he has interpolated the personal and the spectacular with the fine result of dramatic contrast.”

“If anything in the way of evidence were needed to convince the photoplay-going public that Cecil B. DeMille belongs in the front rank of the day, Joan the Woman should supply it in full measure.”

“In the gory fight of the Siege of Orleans, we were all immersed in cold water up to our shoulders for hours. With the August sun blazing down upon us like a furnace, the water itself was pleasantly cool, but we nonetheless risked pneumonia. This battle raged for about a week, with retakes and closeups.”

Joan the Woman cost $302,976.26 and grossed $605,731.30.
(These figures have not been adjusted for inflation nor do they include the considerable profits realized from reissues, television syndication, and home entertainment formats.)

A Romance of the Redwoods
Scroll to top