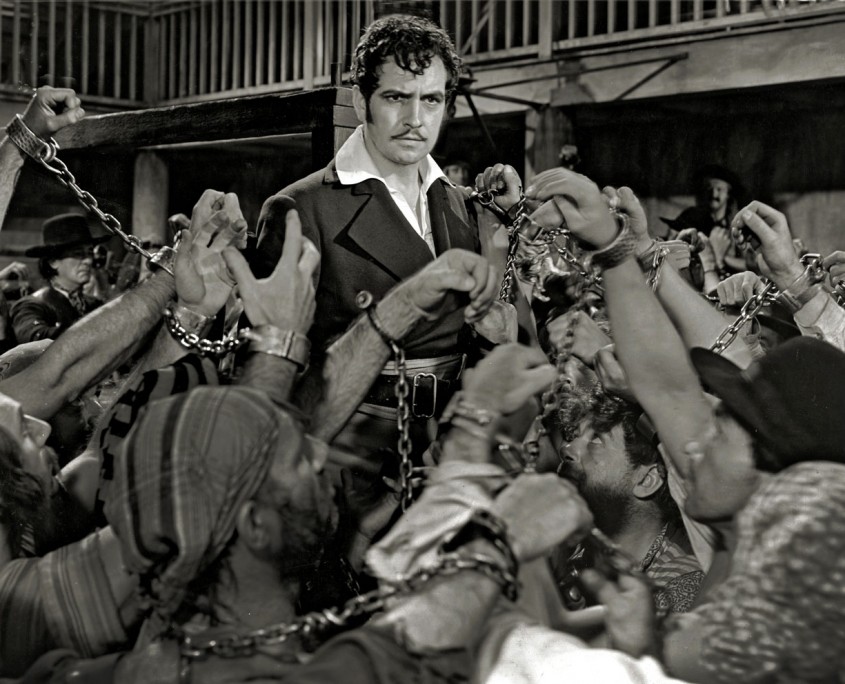 Fredric March in The Buccaneer 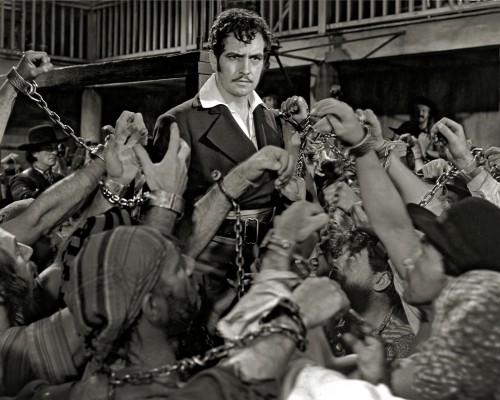 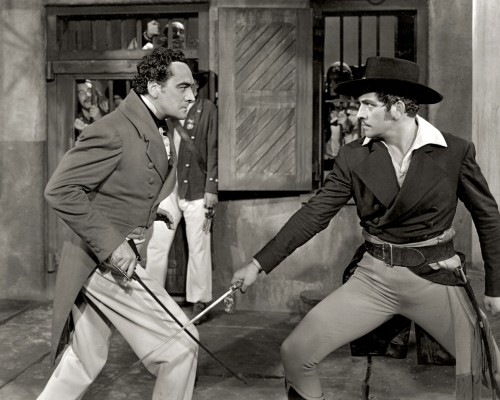 The pirate Jean Lafitte takes up the cause of the United States during the War of 1812.

“I like to work for Mr. DeMille. He does a painstaking job and never calls a thing finished until it actually is. Just having it do won’t do for him. It takes patience to do the things he does, but he has plenty of it, and if an actor is poor in a DeMille picture, well then he just doesn’t know his trade, which in the final analysis is what acting amounts to.”

“DeMille, in again recoursing to American history, obviously recognized the necessity for adulterating fact with palatable celluloid fiction, and his scriveners have seen to it that both are well blended.”

“Cecil B. DeMille has so far outstripped The Plainsman that you cannot compare the two. It would be hard believe that the same genius was responsible for both of them. This picture is on a par with any of recent years. Get behind it and sell it. You can’t say too much for it. They’re bound to like it.”

The Buccaneer cost $1,395,752.08. There are no figures available for earnings.
(These figures have not been adjusted for inflation nor do they include the considerable profits realized from reissues, television syndication, and home entertainment formats.)