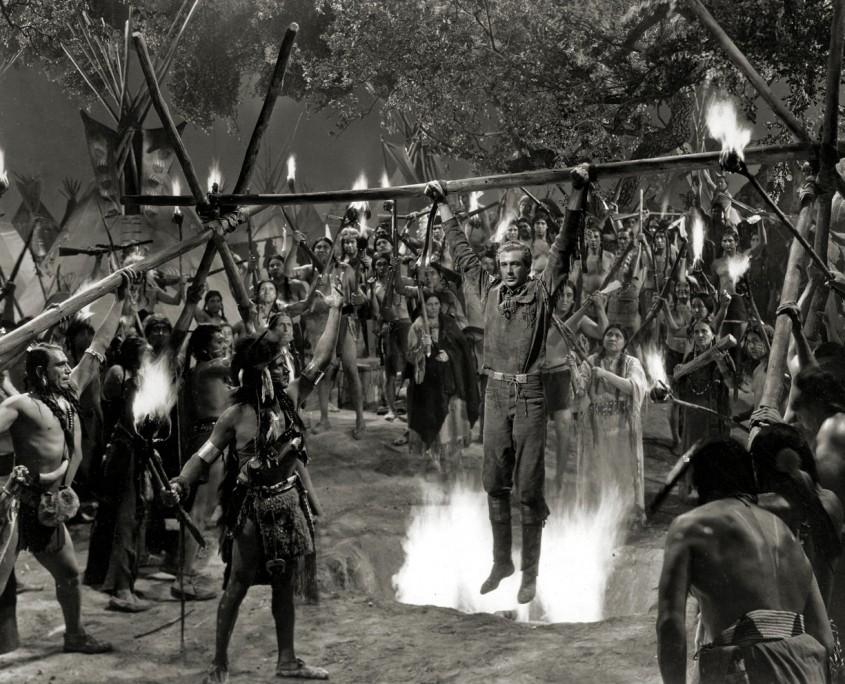 Gary Cooper in The Plainsman 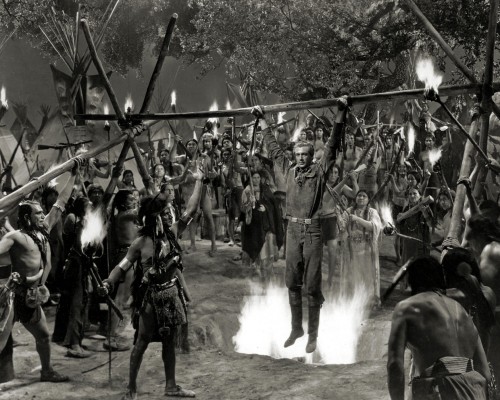 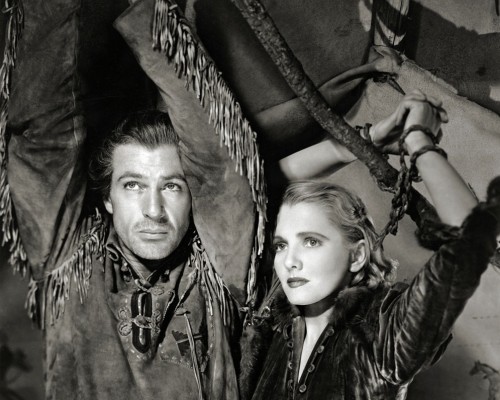 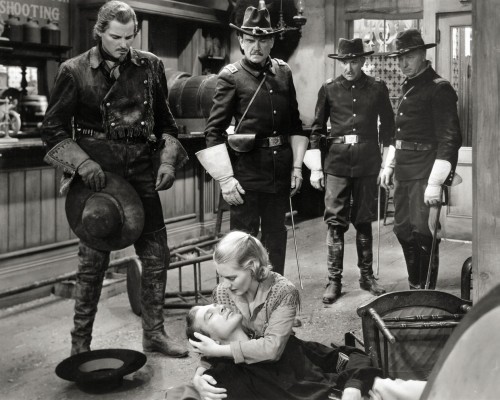 “Five acres of sets, some of them with a history dating to pre-sound days, were demolished to make room for The Plainsman. Where the gates of Jerusalem have stood for a year, a street in Deadwood City was constructed. The walled city of Acre is now the docks of Leavenworth after the War Between the States. Windsor Castle has become the riverboat docks of St. Louis.”

“Played with spirit and intelligent understanding by principals and entire supporting cast, with class individual performances sticking out all over and directed in the same style, all the substantiating features—locales, photography and particularly the musical accompaniment— have a definite place in the general scheme. All of them have been applied by DeMille to produce quality thrill and action entertainment, the exploitation values of which are limited only by how intensely showmen want to work and how much money they have to spend.”

“A real smash hit in every sense of the word. Pleased everyone.”

“One of the most touching love scenes in any picture I have made is the brief, laconic, almost inarticulate exchange between Wild Bill Hickok and Calamity Jane, when they are awaiting probable death as captives of the hostile Indians.”

The Plainsman cost $974,084.85 and grossed $2,278,533.33.
(These figures have not been adjusted for inflation nor do they include the considerable profits realized from reissues, television syndication, and home entertainment formats.)

The Buccaneer
Scroll to top