Wallace Reid and Geraldine Farrar in The Devil Stone 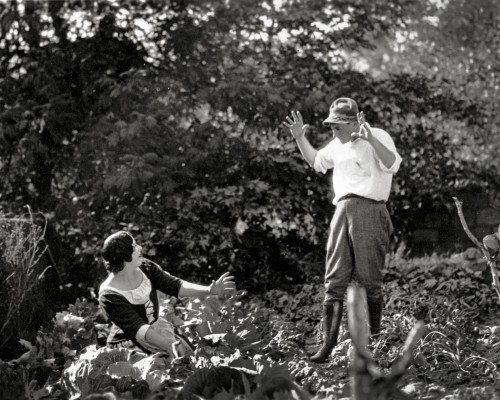 An emerald bearing the curse of a Norse queen is accidentally found by a fisherwoman.

“During the past week Cecil B. DeMille has been busy working at Balboa Beach with Geraldine Farrar and supporting company.”

“The story of The Devil Stone is calculated to boom and roar with creeps, quakes and superstition—signs of witchcraft and the traditional goblins—with a big emerald playing an important part all the way. Allowing for suppositions and certain stretches of the imagination, the picture will interest and entertain.”

“These pictures were spontaneous. All the elements combined with enthusiasm. That was the secret of their success. On our pictures, there was a great feeling of life.”

The Devil Stone cost $67,413.36 and grossed $296,031.58.
(These figures have not been adjusted for inflation nor do they include the considerable profits realized from reissues, television syndication, and home entertainment formats.)

The Whispering Chorus
Scroll to top