Silent Feature: The Rose of the Rancho 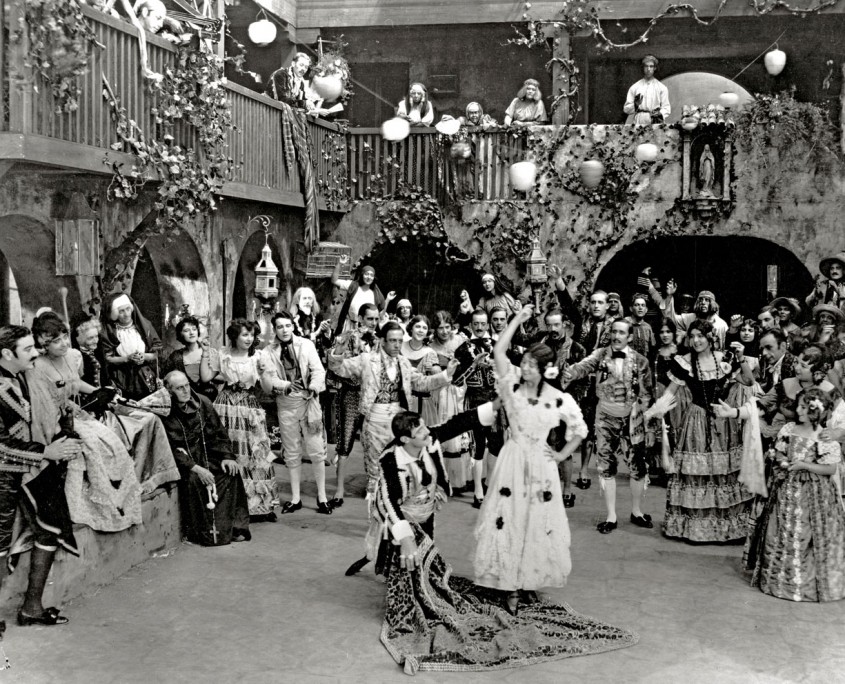 Bessie Barriscale and players in The Rose of the Rancho 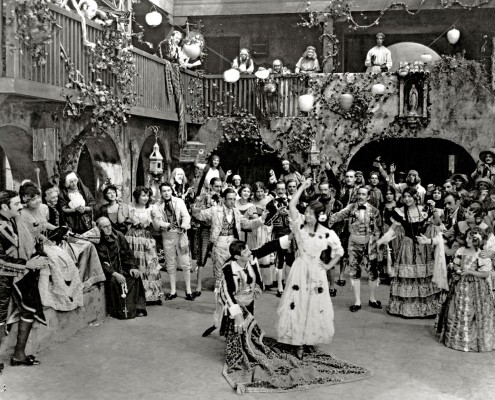 A government agent must save his sweetheart’s ranch from outlaws.

“The first exhibition of this remarkable picture was given on Sunday evening to an audience that filled the Belasco Theatre and sat spellbound from the introduction of the characters to the last beautiful scene in the Padre’s garden.”

“The Rose of the Rancho marked my first association with one who was to become one of Hollywood’s best known writers, Jeanie Macpherson. Jeanie was then an actress, a lovely, petite girl, sensitively feminine but with the high spirits of one descended from a clan whose head could use the noble Scottish title, The Macpherson.”

The Rose of the Rancho cost $16,988.01 and grossed $87,028.35.
(These figures have not been adjusted for inflation nor do they include the considerable profits realized from reissues, television syndication, and home entertainment formats.)

Silent Features
The Man from Home

The Girl of the Golden West
Scroll to top