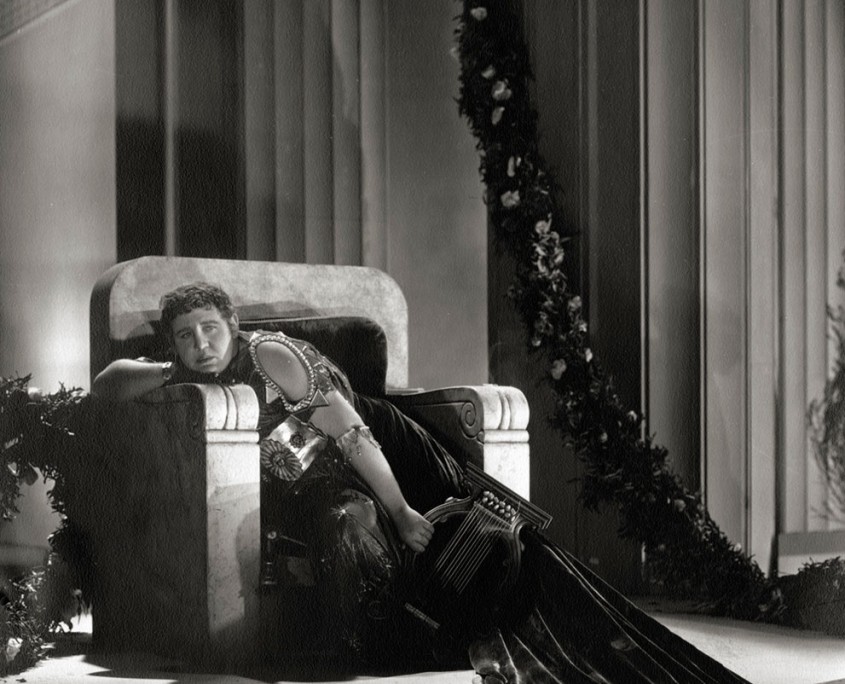 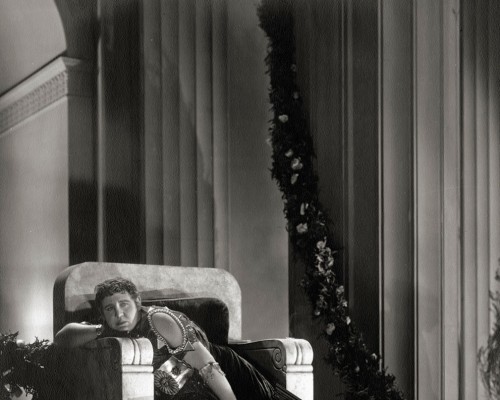 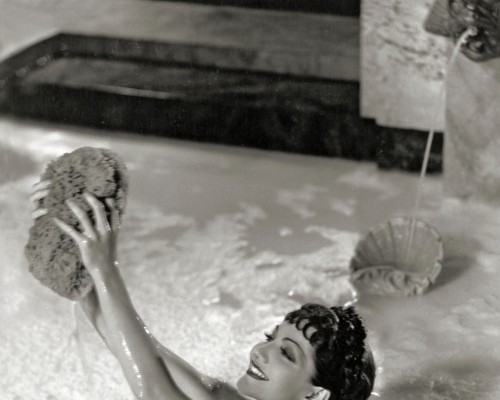 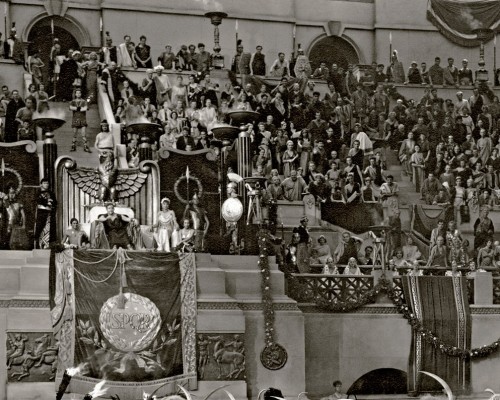 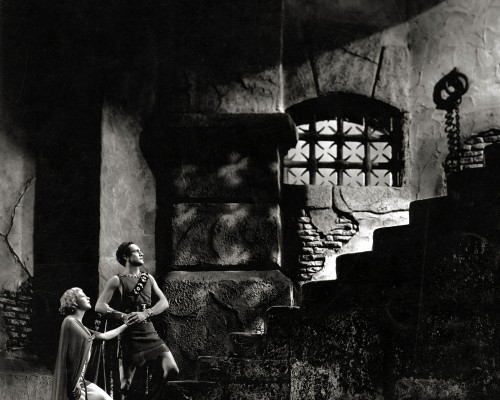 A Roman prefect defies Nero and Poppaea to save a Christian girl.

“Thirty miles from Hollywood, at Paramount’s ranch in the foothills of the Santa Monica Mountains, history’s most famous conflagration was repeated when a man turned on a gas valve. Gas pipes running through small replicas of Roman structures gave the blaze a quick start. Before the fascinated eyes of hundreds of workmen, flames burst out among the buildings, great billows of smoke rolled skyward, and Nero played. Charles Laughton, armed with a lyre, or ‘fidicula,’ sang an ancient Roman ditty while the flames illumined a face that shone with maniacal ecstasy.”

“The old master returns to form with a sure-fire hit of magnificent proportions which erases memories of The Godless Girl and Madam Satan and restores his name to the roll of honor. Surely DeMille has never staged a spectacle more stately or powerful than his arena sequence nor touched such spiritual splendor as when his hero and heroine walk hand in hand to their death.”

“Just what you expect from DeMille. It’s the biggest (not the greatest) picture produced in 1932. You can see the master’s hand in directing this spectacle. The cast is excellent, and a mint of money was spent in producing it. I would say that every adult in every community should see it, but unfortunately DeMille or Paramount had to put on another sad ending, which completely kills the picture in a small town.”

“Mr. DeMille has been generous to me. He made me the Roman prefect Marcus Superbus in one of the four or five top moneymakers of all time, The Sign of the Cross.”

The Sign of the Cross cost $694,064.67 and grossed $2,738,993.35.
(These figures have not been adjusted for inflation nor do they include the considerable profits realized from reissues, television syndication, and home entertainment formats.)

This Day and Age
Scroll to top