Ann Little and Katherine MacDonald in The Squaw Man 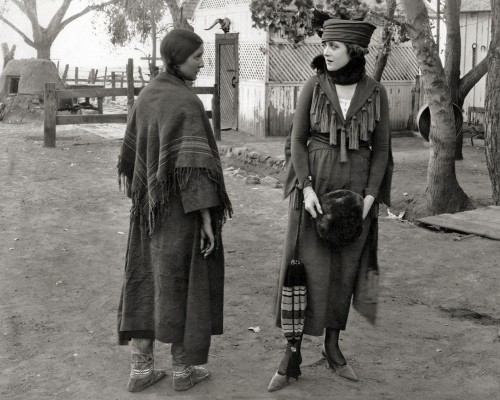 When an exiled British nobleman starts afresh in the New World, he marries a Native American.

“The present picture was made under the direction of Cecil B. DeMille and is a reproduction of the photoplay which he produced four years ago. Technically the picture leaves little to be desired.”

The Squaw Man cost $43,858.96 and grossed $283,556.56.
(These figures have not been adjusted for inflation nor do they include the considerable profits realized from reissues, television syndication, and home entertainment formats.)

Silent Features
Till I Come Back to You