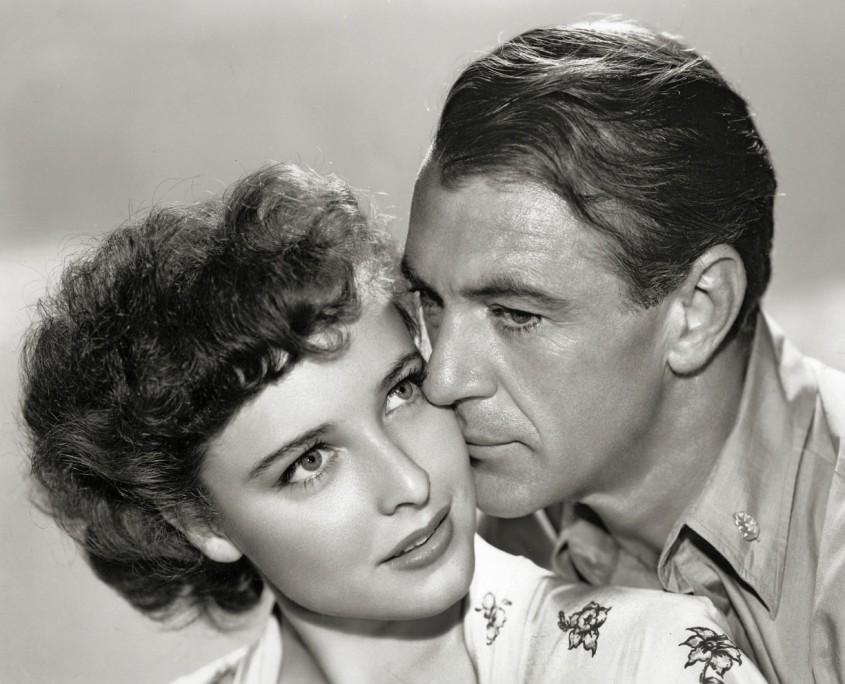 Laraine Day and Gary Cooper in The Story of Dr. Wassell 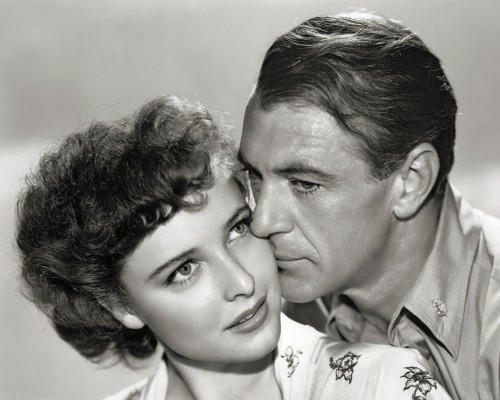 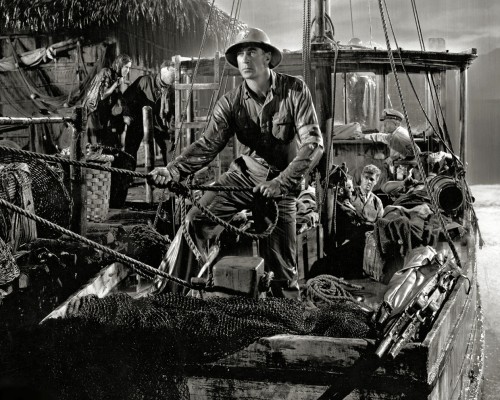 Wounded soldiers face death if a doctor cannot evacuate them from enemy territory.

“Mr. DeMille is doing some things differently from the way they happened, perhaps, but his changes are legitimate. He has to have a picture that will appeal to audiences. Furthermore, there are a lot of little incidents that were seen by others but kept secret from me. Oh, I had a bird’s-eye view, all right, but no closeups.”

“Considering his well-earned reputation for staging virtually everything he does, Cecil B. DeMille might be suspected of acting on a stupendous hunch. The opening of his new picture was one of those unique coincidences which are too startling to be mere. Imagine a DeMille war picture in New York on D-day! Mr. De Mille’s press agents will have to be forcibly restrained. And oddly enough, the picture is plainly the sort which gives every indication of having been made to catch the tide. For it is blood, sweat, and tears built up to spectacle in the familiar DeMille ‘epic’ style.”

“This proved one of the best box-office pictures we have ever played. Came third to our all-time champion grosser.”

“The critics lambasted The Story of Dr. Wassell for departing from the facts, though of course to the critics that was only one of its vices. But Dr. Wassell himself said in a radio broadcast from Little Rock that it was ninety-eight percent true. Such statements, of course, do not affect critics. What, indeed, can affect the affectation of omniscience?”

The Story of Dr. Wassell cost $2,744,991.71 and grossed $6,400,000.
(These figures have not been adjusted for inflation nor do they include the considerable profits realized from reissues, television syndication, and home entertainment formats.)