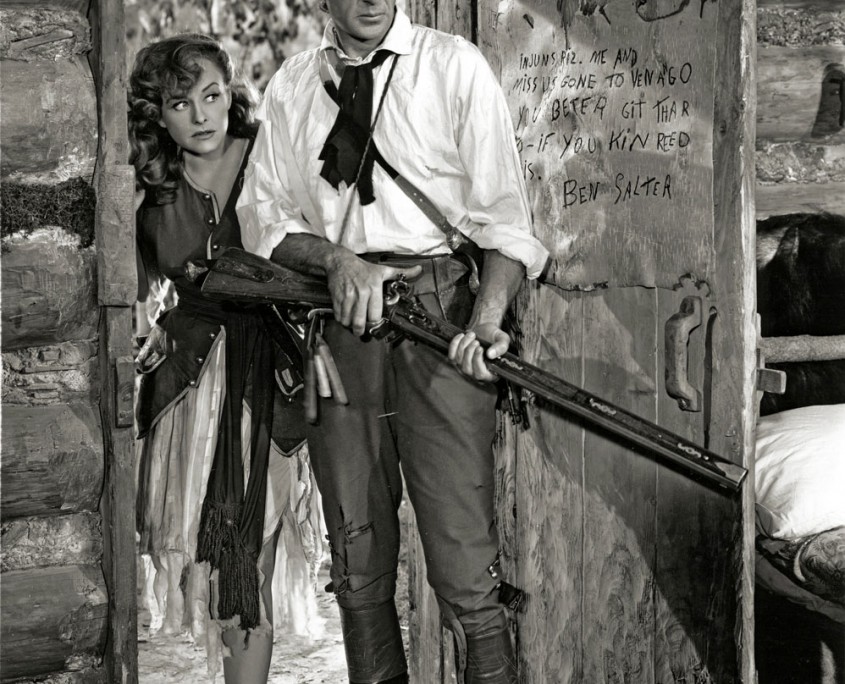 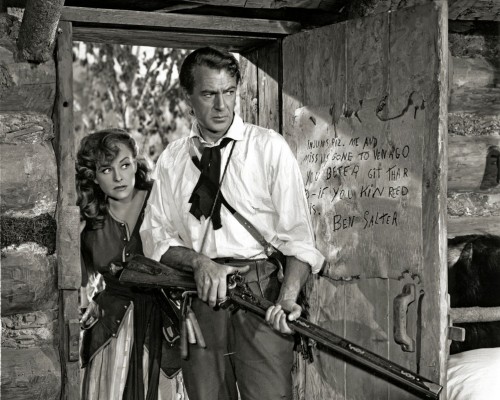 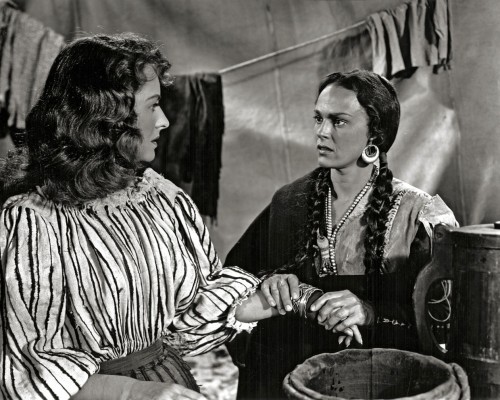 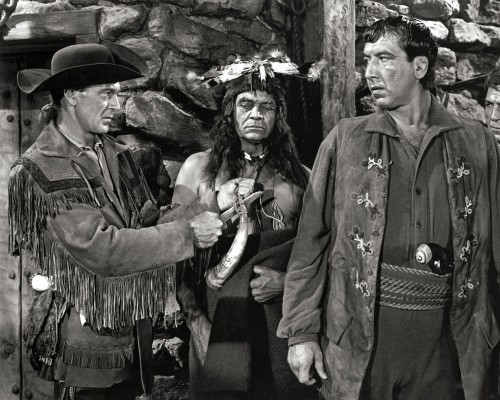 An unjustly accused woman is sentenced to slavery in the American colonies.

“Cecil B. DeMille has chosen the feminine star he brought to celebrity in North West Mounted Police as the partner of Gary Cooper in his historical feature Unconquered. Paulette Goddard it is, who will be seen as Abby Hale, convicted of murder in England and sent to America in a state of virtual slavery, the strongest acting part she has ever had.”

“Spectacularly, stirringly and with a panoply of gaudy color, Cecil B. DeMille again screen-vitalizes a chapter out of American history in his picture Unconquered. One may also say that he has supplied both a boisterous and sensational delineation of the frontiersman’s era with the full complement of DeMille devices, even to the famous bath sequence, a dip into the serial thrillers when the hero and heroine shoot the rapids to the edge of a waterfall, and the staging of the battle of Fort Pitt that far outdoes any conflict that was ever dreamt up for a world’s fair carnival.”

“Like David O. Selznick’s Duel in the Sun, Unconquered is so un-DeMille it’s surprising. But, like Duel, it will get business, despite the ten-twent-thirt meller-dramatics and the frequently inept script. The performances are convincing, a great tribute to the cast because that dialogue and those situations would try the best of troupers.”

“Entertainment does not come any better than in this one. It is a truly big production. Many came twice to see it. You are just happy to be in the business after playing a picture like this.”

“One of the lines in Unconquered is ‘These men is possum hunters,’ spoken by a sergeant bragging of what deadly sharpshooters his militiamen are. I could only bow in merited shame before the letters which came in after the film was released, pointing out that opossum are not shot, but trapped.”

Unconquered cost $4,371,593.62 and grossed $6,665,992.36.
(These figures have not been adjusted for inflation nor do they include the considerable profits realized from reissues, television syndication, and home entertainment formats.)

Samson and Delilah
Scroll to top